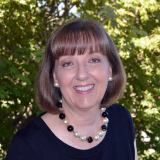 I like Numbers – the book in the Bible, not integers.  Some of God’s best stories and best lessons can be found there.  Like today I was reading in chapter 11 about the Israelites complaining about how hard life was.  And God heard them and his anger burned and soon so did some of the Israelites!  It says God sent fire and consumed some of the camp.  So they cried out to Moses who cried out to God and God put out the fire.

The very next verse says they began to complain about the food.  “If only we had meat.  If only we had fish.  If only we had cucumbers, melons, onions, etc.  All we have is this stupid manna.  We were better off in Egypt.”  Then the Bible says that “the Lord became exceedingly angry, and Moses was troubled.”  In fact, Moses was so troubled that he tells God that he can’t deal with these people any more and he basically says to God, “Kill me now!”  So God sends 70 men to help him carry the load of leadership.  And then he sends the people quails to eat for a whole month until they got sick of the meat too.  And then it says , “the anger of the Lord burned against the people and he struck them with a severe plague.”

I think there are two reasons why God hates complaining.  First, it shows how ungrateful we are.  Just like the Israelites were overlooking the fact that every single morning God gave them miraculous food, when we whine we aren’t being thankful for what God has done for us.  We’re focusing on what else we want him to do.  And second, it’s very prideful.  We think we deserve better when the truth is, if God gave us what we deserve, we’d all be in big trouble!  Contentment is a choice.

So the next time you get a case of the “If onlys,” stop and remind yourself of how much God has blessed you.  You’ll be much more fun to be around and it will make God smile!

View all posts by greshamthoughts

Member of the Alignable Network